Units Used In This Topic:

magnification No Unit (it is a ratio)

Waves transfer energy from one plane to another.

Waves may be either transverse or longitudinal. One whole wave is called an oscillation.

The ripples on a water surface are an example of a transverse wave.

The ripples on a water surface are an example of a transverse wave.

For any mechanical wave, the individual particles that make up the wave do not travel far from their rest position. They just oscillate back and forth by plus or minus the amplitude of the wave.

The amplitude of a wave is the maximum displacement of a point on  a wave away from its undisturbed position.

The wavelength of a wave is the distance from a point on one wave  to the equivalent point on the adjacent wave.

The frequency of a wave is the number of waves passing a point  each second. Measured in Hertz, Hz.

The time period of a wave is how many seconds on wave takes to happen. It is 1/frequency.

The wave speed is the speed at which the energy is transferred (or  the wave moves) through the medium.

All waves obey the wave equation:

Stand approximately 50m from a wall

Make a loud noise, start the timer when you make the noise

Stop the timer when you hear the echo

The speed of the sound is calculated using speed = distance/time

The distance the wave travels is 2 x the distance you are standing from the wall.

Measuring the Speed of Waves on Water 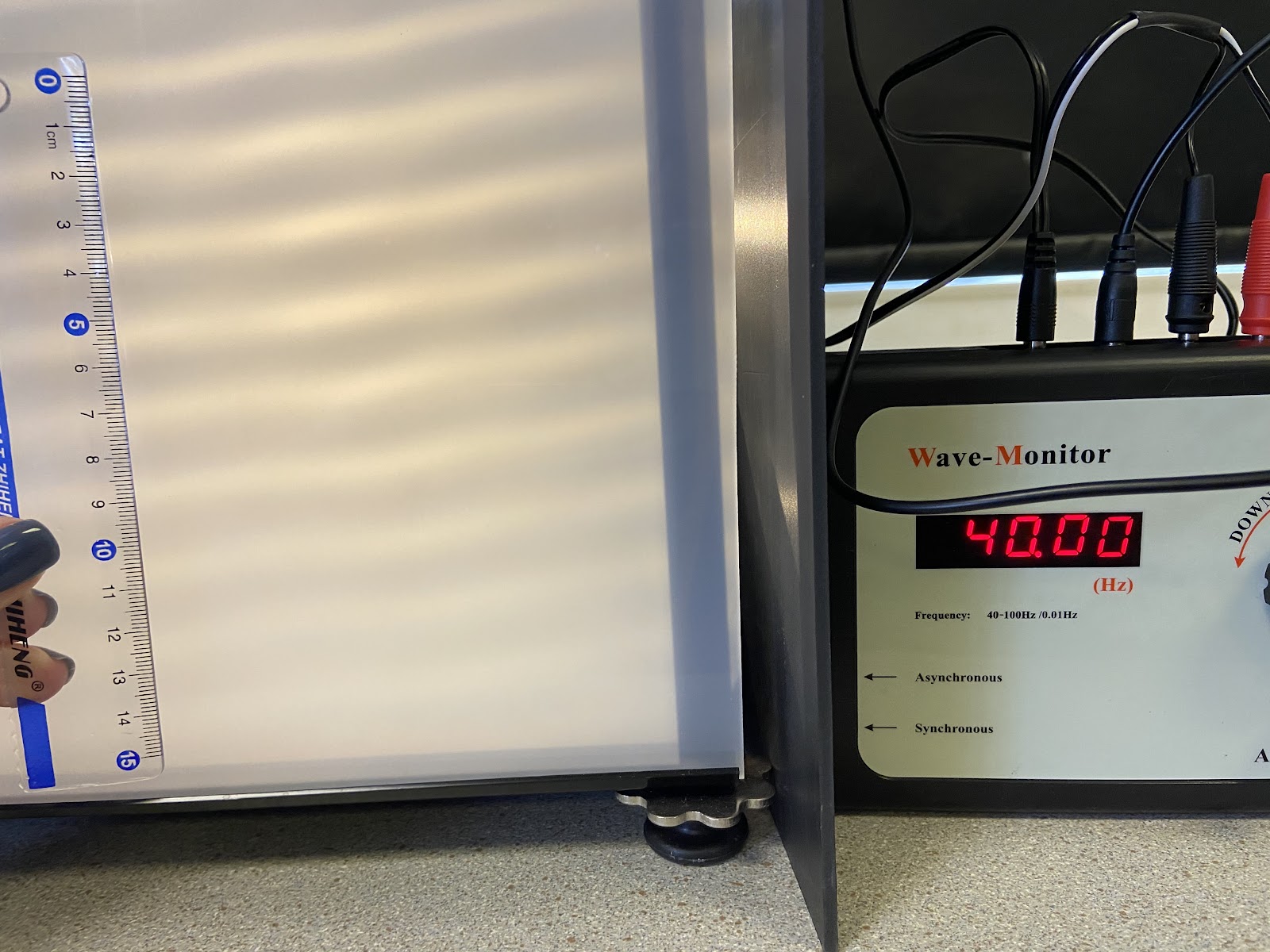 Use a ripple tank screen to observe your waves.

In this example: Frequency = 40Hz

Question: One student bangs two bricks together.
The sound wave produced is reflected from the wall and travels back to the students.
Describe how they can determine the speed of sound (4 marks)

Question: Some students want to determine the wave speed of water waves in a ripple tank.
Describe a method the students could use. (4 marks)

When a wave enters another medium the frequency stays the same but the speed and wavelength change. The wave will change direction because of the change in speed. This is observed as refraction.

Pages: 1 2 3
We use cookies on our website to give you the most relevant experience by remembering your preferences and repeat visits. By clicking “Accept All”, you consent to the use of ALL the cookies. However, you may visit "Cookie Settings" to provide a controlled consent.
Cookie SettingsAccept All
Manage consent